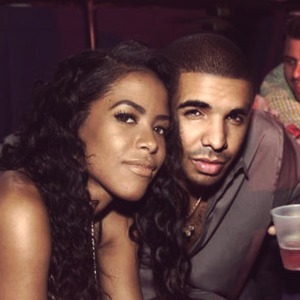 But is it!  Drake and Aaliyah album production umours started floating around at the end of March in an interview with Tim Westwood when Drake brazenly announced,

“I have some great Aaliyah news coming soon. You know it’s hard for me to ride around to a female singer because at the end of the day, you’re a man, but she always kept it so G with the writing and the melodies. It was something to ride to, especially when it was chopped and screwed. That’s when I used to love.”

The news has not only excited many but also caused a stir as Timbaland recently responded to news of an Aaliyah album produced by Drake, telling Power 105.1, “I know they trying to drop some Aaliyah records, but if he do it, it should be with me and Missy. The proper way for him to do that would be for me, him and Missy to be all on the record. But to put it on his record, would just not be right.”

Many fans have taken to twitter airing their views but overall there has been a good response to the first project “Enough Said” which includes never-before-heard vocals from the late singer.

I personally love the vibe and think that Drake and producer Noah “40” Shebib who leaked the audio done a good job but out of respect to some of the original Aaliyah production team which included missy and Timberland i believe they should be involved.

DONT BE SELFISH DRAKE! LOL
What are you thoughts?