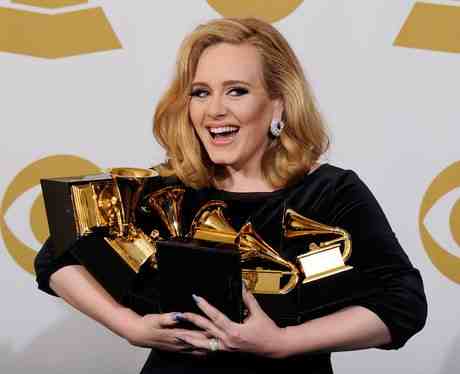 Adele was up against some serious heavy weights at the 54th Grammy awards but proudly walked away with SIX  little megaphones!

Record of the Year: “Rolling in the Deep,” Adele

Song of the Year: “Rolling in the Deep,” Adele Adkins & Paul Epworth

Proud London born singer showed the world that her recent throat surgery, which lead to the cancellation of her tour, was not the end but THE BEGINNING of a strong career and exciting start to 2012.