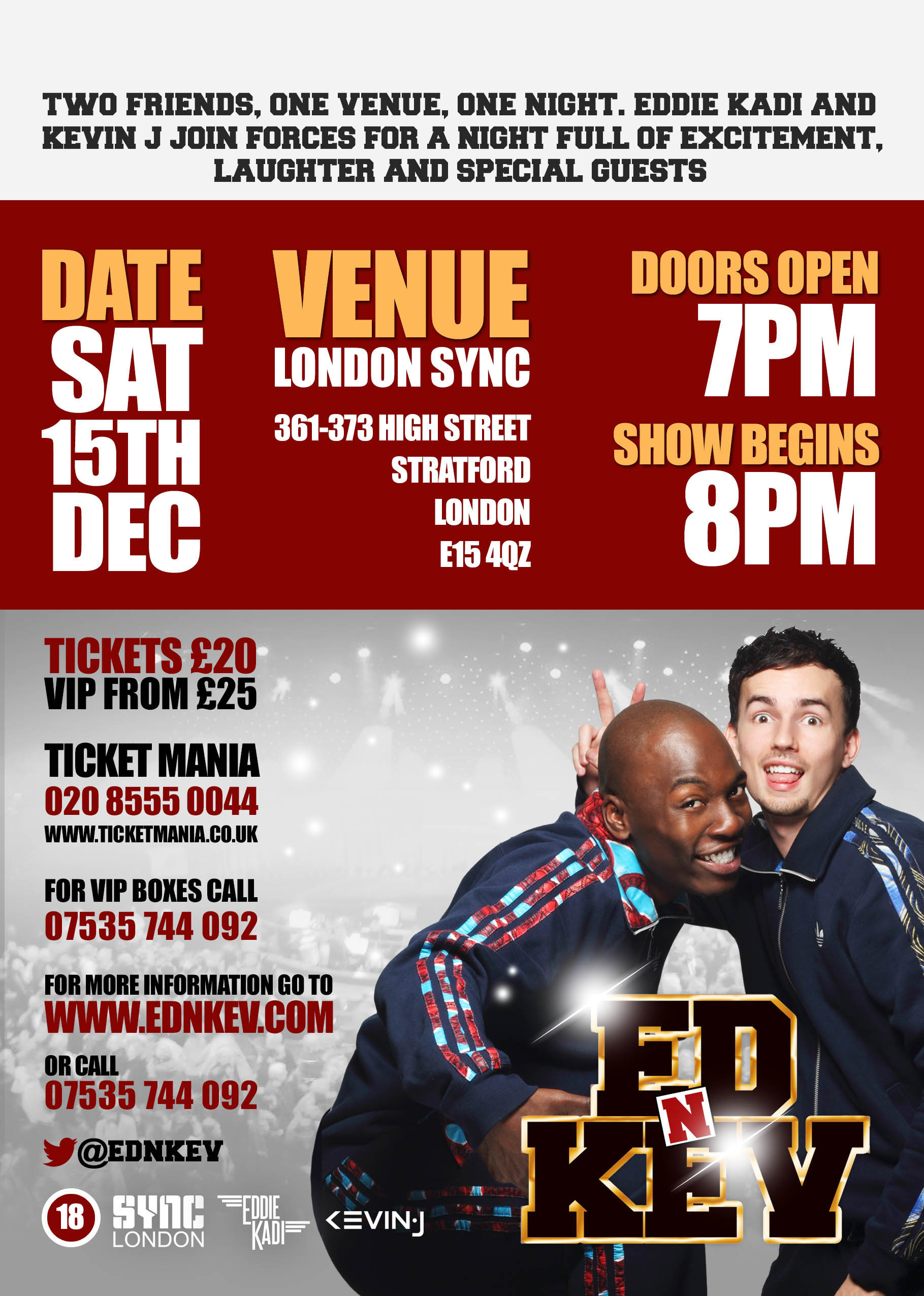 London’s favourite comedians Eddie Kadi and Kevin J have announced their forthcoming venture, the EDnKEV show which is set to place next week Saturday 15 December 2012 at the newly refurbished Sync in Stratford, London.

For one night only, Eddie Kadi referred to as ED and Kevin J also known as KEV will be hosting their fans together in one venue and what makes it even more exciting is this will be the first time both comedians will be attempting such together.

Having excelled individually over the past few years, the pair will come together for this exclusive date in December to show off their contrasting personalities. Likeable, down to earth KEV is known for his cheekiness yet very funny. Since appearing on Kojo’s Comdey Funhouse on MTV Base, Kevin J started his own comedy club which was very successful expanding his fanbase all the way to Africa. ED on the othe hand is popular for his clean brand of energetic jokes. He became the first black British comedian to headline at the O2 Arena in 2010.

EdnKEV promises to be a night filled with laughter, entertainment, surprise guests and a guaranteed audience interaction.

Tickets are now available
For a limited time only, fans can buy tickets for £10 RIGHT HERE 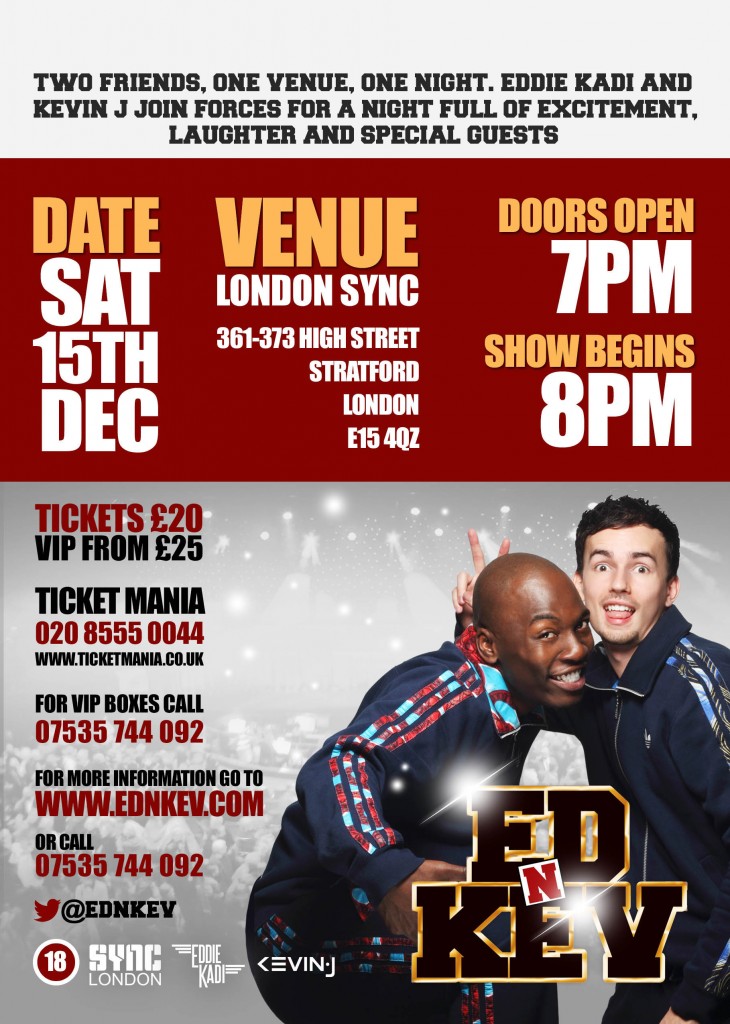