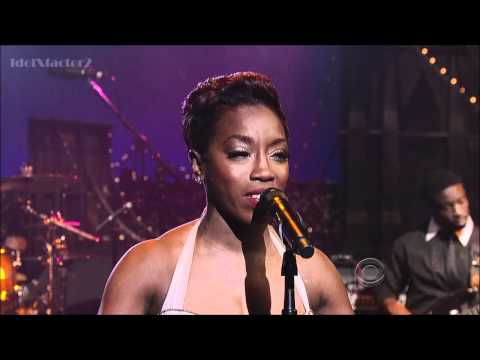 Recently I’ve found myself ranting that I would prefer to hear Estelle rap over singing, however I stand corrected. As Thank you is an amazing track!

Although I still don’t think her singing is as strong as her rapping she has had mass American success and appeal and has found herself on numerous mainstream US television shows, such as the Jay Leno show, Wendy Williams and as shown below The Letterman show!

She’s DOING IT BIG!!! This song has swayed me a little on the singing side of things lol