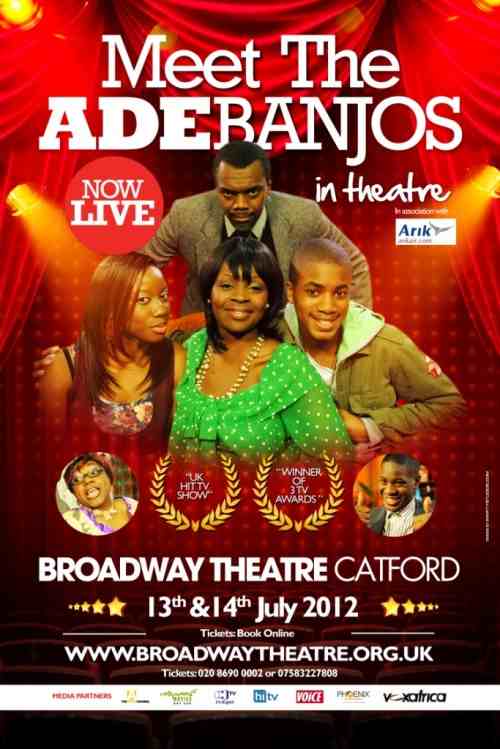 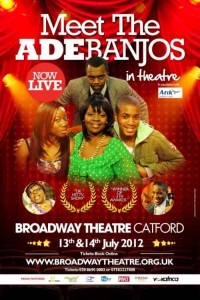 Meet the Adebanjos Live in Theatre

The popular black British sitcom Meet The Adebanjo’s, which chronicles the escapades of a modern British-African family living in London, is set to hit the stage this Summer, after thousands of viewers emailed the show’s producers, demanding a live theatre production in celebration of the show’s one year anniversary.

On Friday 13th and Saturday 14th July, the Catford Broadway Theatre will play host to three hotly anticipated live showings of the hilarious independently-produced and -created show which has captured the imaginations and tickled the bellies of viewers around the world since it began in June 2011.

Remel London has taken on the challenge of capturing the journey to the Theatre in a new documentary entitled Meet The Adebanjo’s the road to theatre, featured on HiTV.

For more information go to www.meettheadebanjos.com