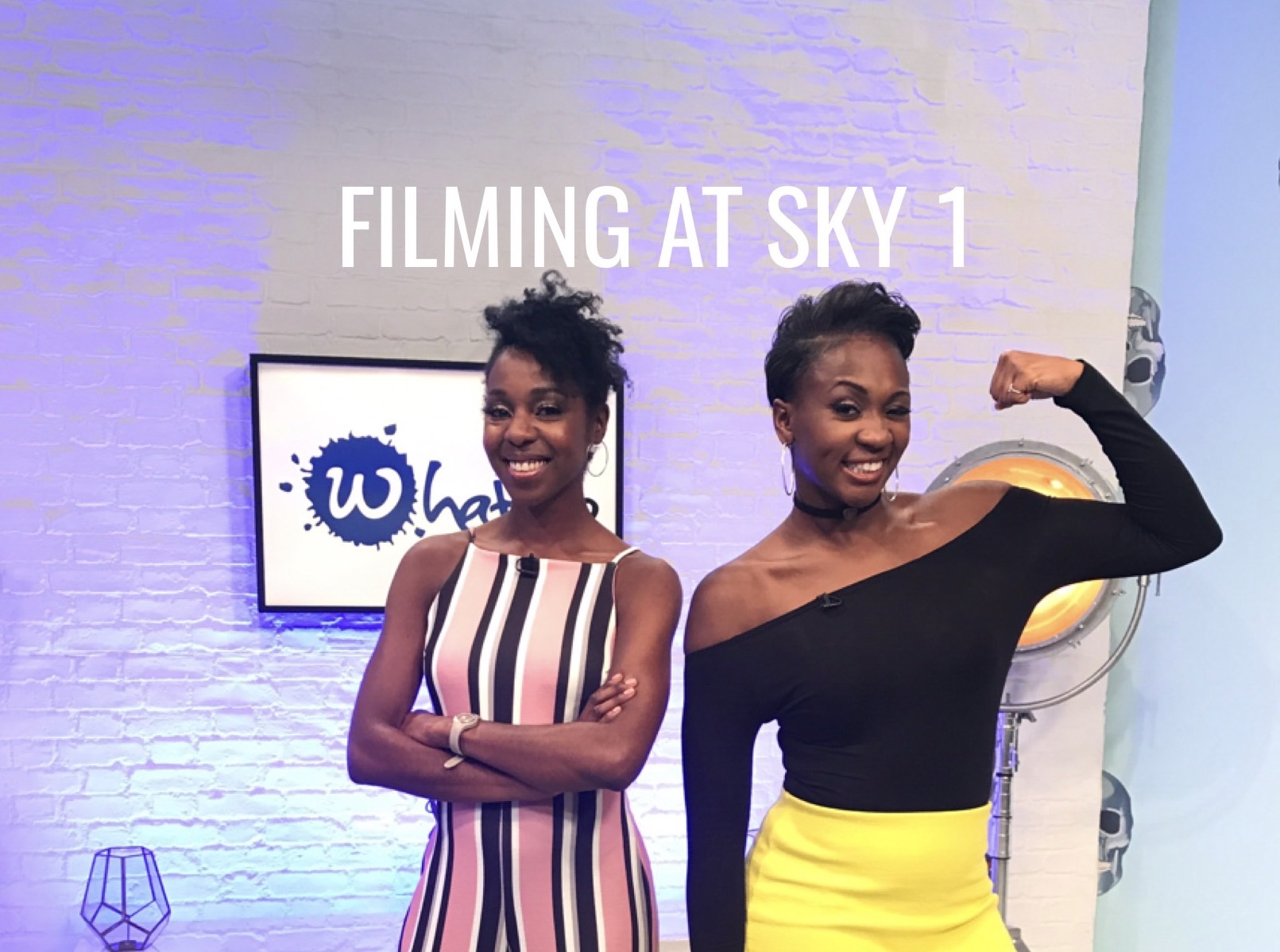 That’s right What’s Up TV is back for another series and it’s bigger and better!

In August you can join me and jacqueline on set for series 12 of SKY 1’s hit arts and culture show.

When I say on set I actually mean we GOT A BRAND NEW SET!

For those that don’t know the history of What’s Up TV it started 10 years ago as a street DVD given out for free to the local youth of North West London lead by CEO and Director Bob Clarke!

12 series later, the organisation behind What’s Up TV, MAMA Youth Project is now based at the SKY headquarters, in Osterley. Each series the team trains talented young people to be the next generation of producers, execs, camera and sound operators and editors!

I had such a fab time filming at the brand new series I’ve given you a little tour ( Really disappointed to say I had a lot more footage but it got deleted – DAMN iPhone storage KMT ) and you’ll have to stay tuned to  see which incredible stars will be on the show!