Lady GaGa WILL NOT be on Kendrick Lamar’s new album

If I’m honest with you…. OMG i didn’t actually know she was supposed to feature on the album, but apparently they are really good friends and the track was complete and ready to be released on the 22nd along with the rest of the exciting ‘good kid, m.A.A.d city’ releases, however due to creative differences the plug has been pulled. 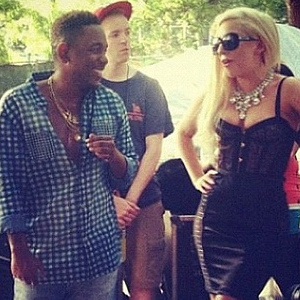 Lady Gaga released this statement, “I apologize to the fans that this situation with ‘Partynausous’ is confusing. To it clear it up I must explain this. When I collaborate with an artist i work solely with them, not with their camps or management. Its purely organic and creative. I love Kendrick dearly as a friend, but I was not willing to compromise musically to the changes his team was making to my music. This is why I am not his record. I have a very specific vision as a producer and songwriter, and I always have. That song will be released at a different time, for a different project. I love you, and think you should check out his stuff because he is truly great. He’s a good kid, its just sometimes a mad city.”

That’s a real shame. It would have been real nice to hear what the crazy pair would have made. But either way I’m super excited about the new album!