Set in London, Brothers With No Game – The Web Series follows the social and romantic lives of four friends: Dorian, Junior, Marcus and Theo. Facing a ‘quarter-life crisis’, the 20-somethings come to terms with the responsibilities and dilemmas that revolve around work, family, friendships and most notably, women. Their distinctive personalities and ever-changing love lives are paralleled with a strong friendship and one evident, common, trait…they have no game. 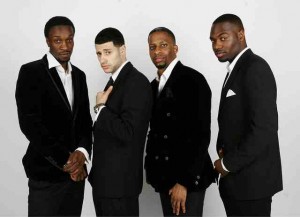 Brothers With No Game -The Web Series is the creation of the four young men responsible for the trend-setting website of the same name. Nominated for seven LA-based Black Weblog Awards in their first year of being online and receiving 700,000 unique visits to date, this collective of writers have made readers from both sides of the Atlantic and around the world laugh out loud with their hilarious take on life’s important dilemmas. Now articles such as the infamous ‘5 Ways to Know Your Playing the Heskey Role With Chicks’, ‘Catwalk Superstar, Domestic Disaster’, ‘I Wouldn’t Leave My Job But Here Are 6 Reasons Why I Could’ and the ever important ‘Man Code’ will be brought to life in a brand new web series featuring a talented group of young, British actors.

An interesting watch! Definitely nice to see a new cast of actors on the screen. As a first eposide it was a nice taster. I would love to see more humour and i know there will be some hot topics covered in the upcoming shows!