This week I had the pleasure of giving an exclusive for my London List listeners with a new club banger from Stylo G featuring Chip! 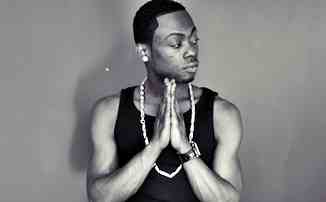 Dancehall MC Stylo G teams up with Chip (formerly Chipmunk) and Uk producer Delerious for his new Club Single ‘Dash Out’. The dancehall/ club track is the latest release from Stylo G whose previous hits include ‘Call Mi A Yardie’ and ‘Winter Swag’.

Stylo G has been involved in the UK underground scene since the age of 15 when he moved to the UK from Spanish Town, Jamaica. Son of the legendary dancehall artist Poison Chang, Stylo decided to follow in his father’s footsteps, making his mark in the UK when Grime music was at its highest.

Stylo has since collaborated on a number of tracks with artists such as Sneakbo, Cashtastic and Wretch 32 (who provided a remix of ‘Winter Swag’). Enlisting Chip and Time Takers for his latest single ‘Dash Out’, Stylo G is currently working on a studio album set for a 2013 release date.