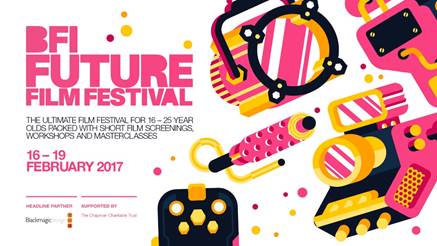 For the 3rd year I’m back to host at the BFI Future Film Festival!

The Future Film Festival is Celebrating its 10th birthday  and this year’s Future Film Festival at the British Film Institute includes a series of extraordinary masterclasses, workshops and screenings addressing film-makers and film enthusiasts aged 16 to 25 years old.

I highly recommend attending this event, as in addition to hosting the awards ceremonies, this event always provides inspiration, networking opportunities and showcases great talent!

I’ll be hosting on Sunday 19th for the Future Film Festival awards, so you can catch me down there.

You can also check out the other events leading up to the awards over the next few days.

For info and tickets go to https://whatson.bfi.org.uk/futurefilmfestival/Online/